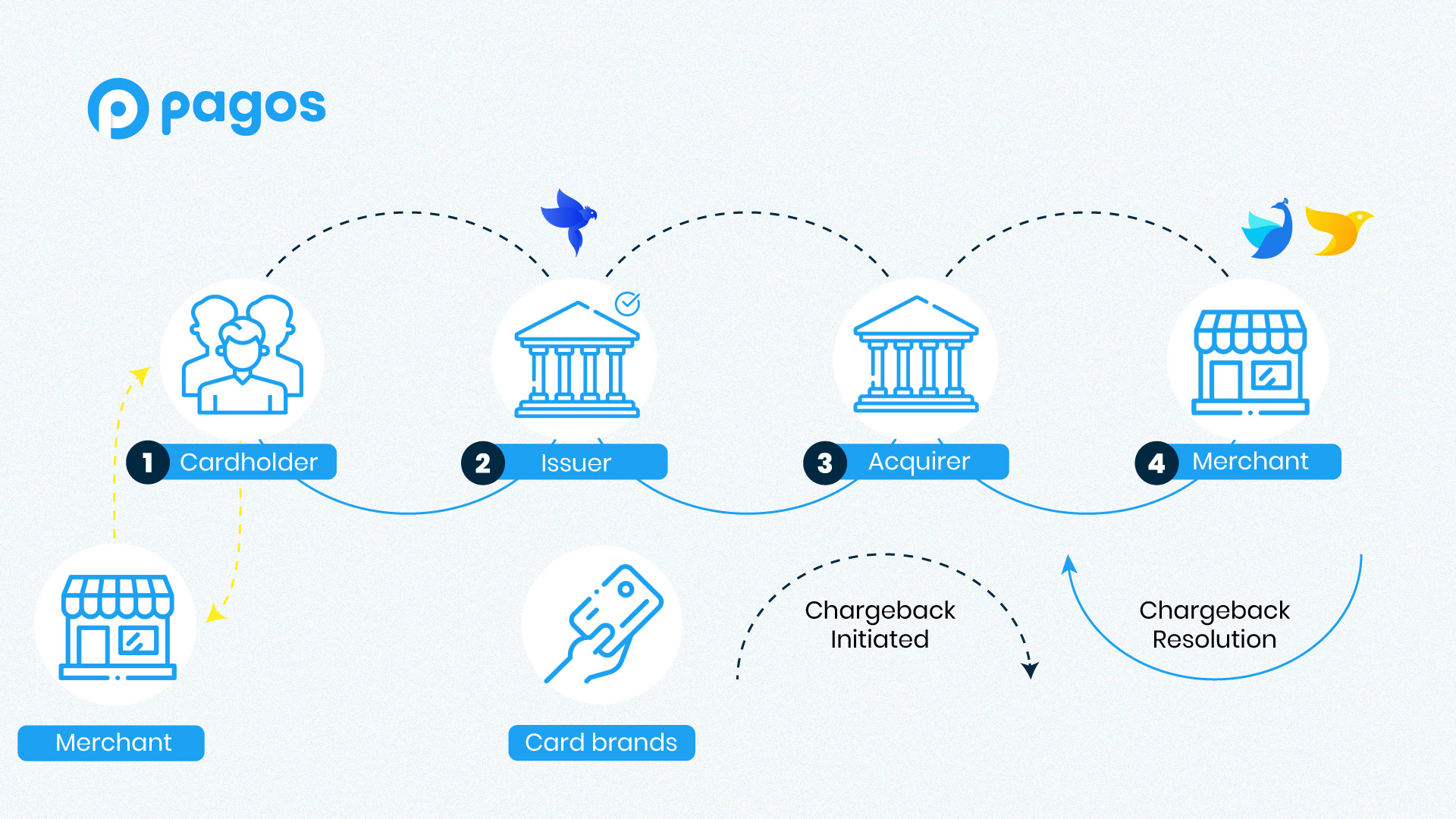 Chargebacks typically start when a cardholder questions the validity of a charge and files an official dispute with their issuing bank. Cardholders can issue disputes for any number of reasons, such as not recognizing the charge on their bill, not receiving a refund or credit that was initiated or promised by the merchant, dissatisfaction with the product or service rendered, delivery issues, or suspected fraud.

Issuing banks can also initiate chargebacks when they identify authorization or processing errors, or suspect merchant fraud. These types of disputes are known as bank chargebacks.

The issuing bank may initially try to resolve the dispute by submitting an inquiry (also known as a retrieval) for further information about the charge. Card brands regulate the inquiry process, managing the communication between the merchant and issuer; as such, the process works slightly differently depending on the brand of the cardholder’s card. The information gathered can clear up the cardholder’s original concern and bring the dispute process to a quick resolution.

If the issuer or merchant doesn’t participate in this process, however, the dispute escalates. At this point, the issuer generally gives the cardholder a provisional credit on their account equal to the amount of the disputed change and submits the chargeback through the card brand network. The card brand then routes the chargeback to the merchant’s acquiring bank, along with a reason code that represents how the issuer interpreted the cardholder's reason for the dispute.

Step 2: Passing the Chargeback to the Merchant

If the merchant’s total sales for the day are less than the sum of all refunds, credits, and chargebacks, this can result in a rejection of some initiated refunds (which can lead to even more chargebacks). As such, it's critical that merchants monitor their net daily and settlement transaction values.

The merchant then either accepts the chargeback (effectively ending the process) or defends themselves against the chargeback to the acquirer. This process is known as representment.

To determine how to proceed, the merchant will start by comparing the chargeback documentation to their own transaction records of sale. If the merchant feels confident they’ve met their obligations to the customer—and therefore, no credit is due—they can reach out to the customer to gather more information about the reason for the dispute. This can sometimes lead to a quick resolution of the customer’s concerns, especially in the case of friendly fraud. Even when this communication doesn’t resolve the issue, it can sometimes help the merchant identify problems in their fulfillment or customer service processes that could prevent future chargebacks and restore goodwill with customers.

Step 3: Presenting Evidence Against the Chargeback

If the merchant decides to defend themselves against the chargeback, they must provide compelling evidence in accordance with card brand rules to contradict the chargeback claim and prove the transaction’s validity. Such proof can include:

The acquirer then reviews the evidence provided and—if they agree with the merchant’s conclusion—submits the defense to the issuer.

The final step of the chargeback lifecycle involves the issuer reviewing the evidence presented by the acquirer and delivering a final verdict on the disputed transaction. If they accept the presented evidence, the issuer will debit the chargeback from the cardholder’s account, thereby initiating the process of crediting the merchant for the disputed amount. If they stand by their original decision, the merchant loses the chargeback and the cardholder retains their credited funds.